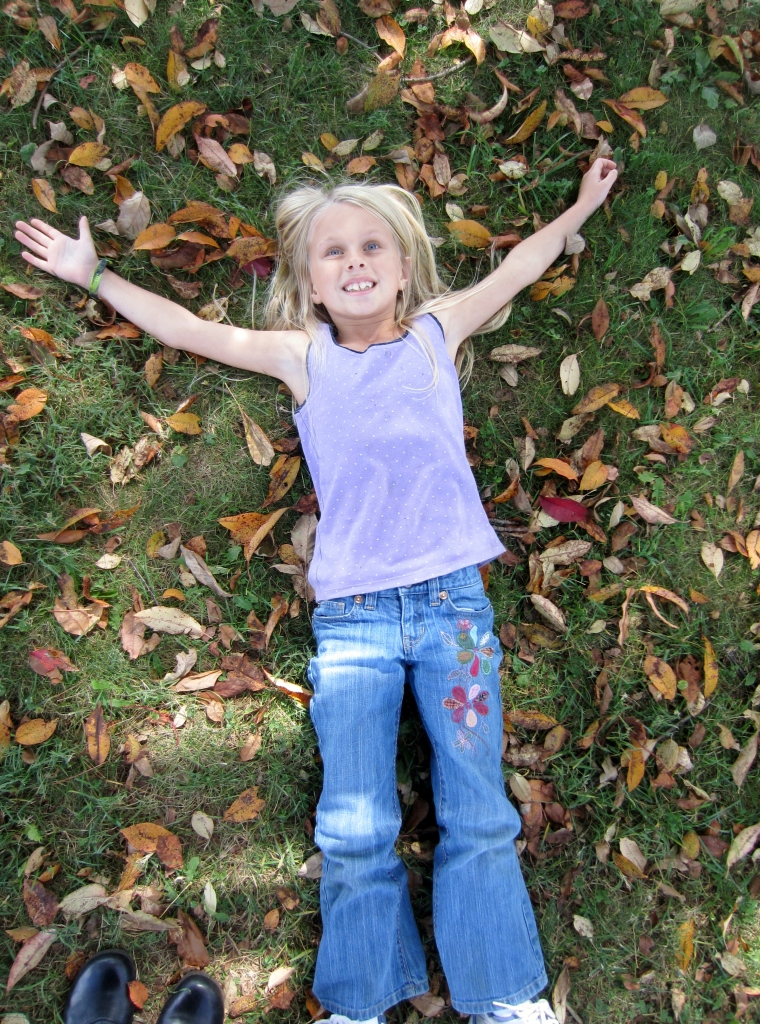 Scratch, scratch, scratch.  Her scrawling pencil races over the paper, stories pouring from her imagination through her fingers as fast as her little hand can form the sentences.  At nine years old, she is an avid storyteller.

Paper is strewn about the house: across carpeting, the sofa, the kitchen table….all variations of the tale she’s writing.  “Come pick these up,” I tell her, proud of her determination, but needing to clear the table for dinner and finding places to….walk.

“Oh!” she laughs.  “I started over on different paper,” she collects the scattered sheets and tosses them into the trash can, fresh ideas in her head.  She is editing, slowly, bit by bit. 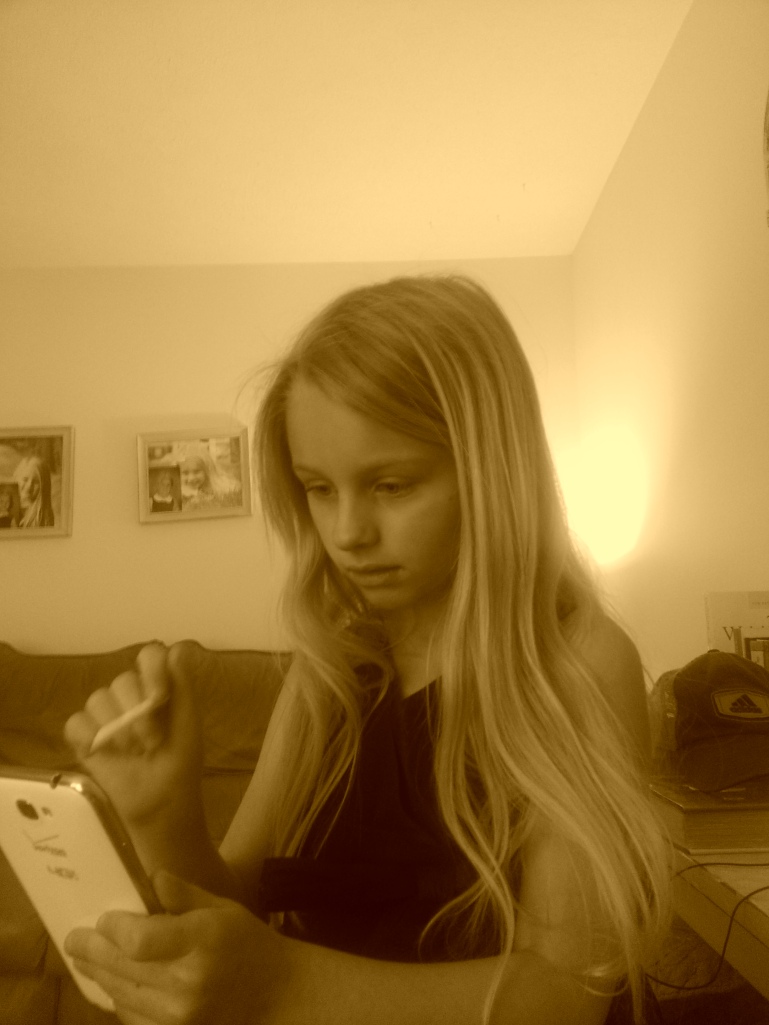 “Mama, how do I get to that thing on the computer where I can type the words out?” she inquires one afternoon.

“You mean Microsoft Word?” I ask her.

I show her how to open Word on the computer.  Click, click, click.  The pencil scratchings are replaced by the halted, laborious typing of a determined child-writer, undaunted by lack of speed. After a an hour or so she comes to me again, “Can you show me how to save it?”

She learns quickly.  The next several days she continues to ask permission to work on the computer, typing out each letter slowly with two-finger typing. She opens her saved documents on her own now, adding more to her narratives and dialogue, saving, printing, and reading it out loud.  She invites me to read them.  “How do you like it, Mama?”

She is a writer. 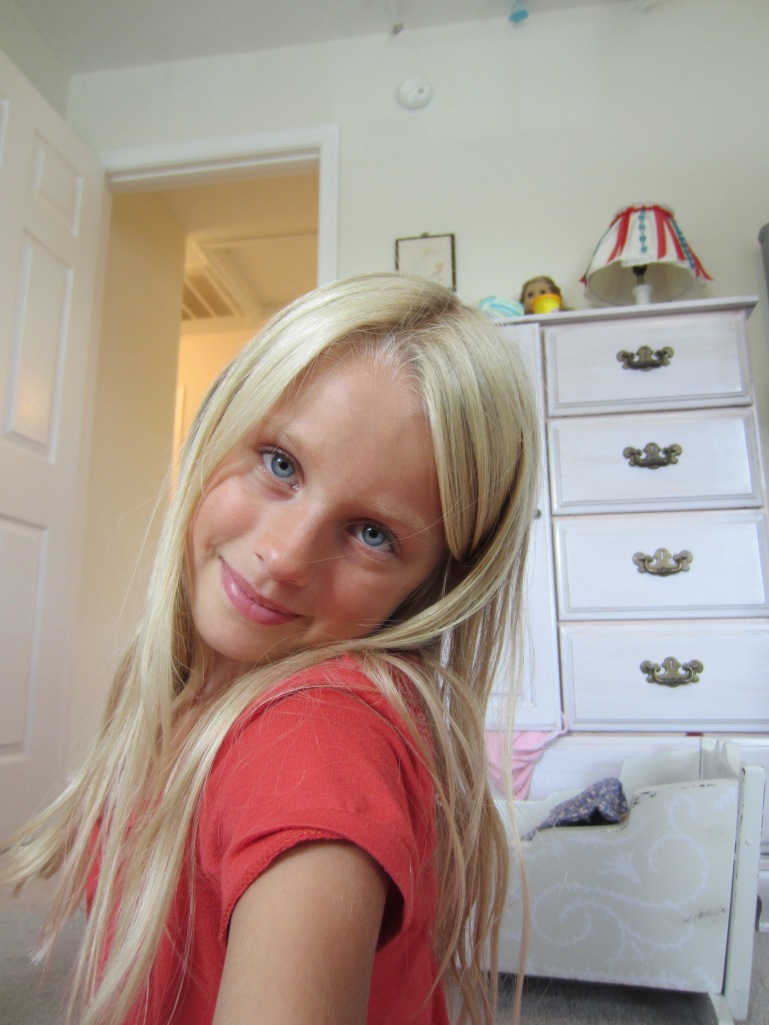 After school and on weekends keys click and pages are produced.  Crayons and printed drafts now litter her work space alongside cardstock, glue, glitter, and scissors.

“Mama, can I borrow your video camera?  I am making a movie.”

“A movie?  What is your movie about?” I ask her with a smile.

“It’s about my ponies.  I wrote the story and now the ponies are going to act it out.”

“Ah, so you are a screenwriter,” I tell her.

“A screenwriter is someone who specifically writes the screenplay, or the story, for movies,” I explain.

“Yes, I want to be a screenwriter.  I like to write movies”, she adds.

She takes the camera into her room.  Set up on the craft table and distributed throughout the floor are props: stairways, castles, backdrops, accessories she’s created, colored, cut-out, folded, and glued to enhance her movie.  She has attended to each detail with care and precision.  Ponies line the stage, ready for their debut.  She shuts the bedroom door behind her. “So no extra noise gets in my video, Mama”, she tells me.

She is now a director as well.

She does her own voice overs and employs her younger sister for this task as well.  Later, I hear giggles as they sit on her bed and playback the movie on the camera screen.  The door shuts again.  She starts over, perfecting her scenes.

“Mama, how do they do it on the movies when they show one person’s face and then they switch and show another person’s face, without moving the camera and seeing all the stuff in between? Do you know what I mean?  How there isn’t all that time in between where the camera moves from one person to another,” she gestures with her hands as she talks.

“That’s called editing.  The camera still records everything, but you have to cut it, or edit it, later,” I clarify.

“Oh,” she thinks for a moment.  “How do you do that? Is there a button on the camera that will edit?” she hands me the device so I can show her.

“No, you have to record everything just like you are doing.  After you are all done, you will load it to the computer and edit the movie through the computer.” 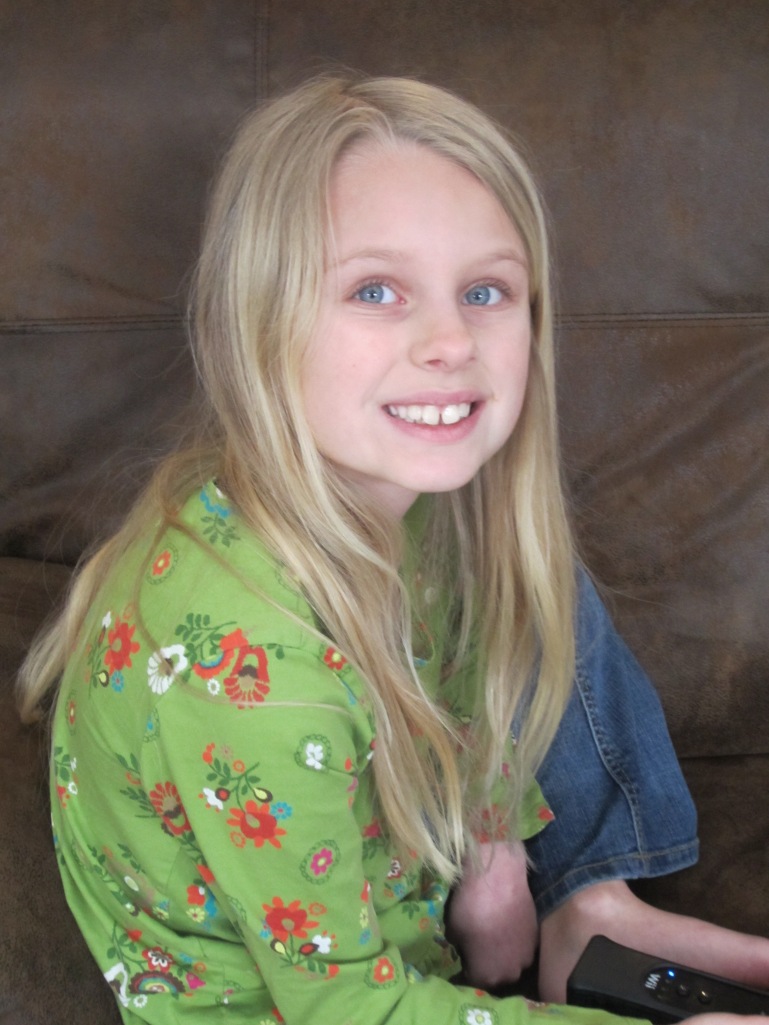 Resolute, she goes back to her makeshift studio, resetting her props and beginning again.  She is still borrowing the computer, re-writing her script and changing scenes if she doesn’t like how they are playing out behind the camera.

I buy more printer paper.  We have run out.

After tucking her into bed one evening, I sit down at my desk to find Windows Movie Maker open on my laptop. Ponies are mid-scene, camera shots being cut to size.  My husband saves her work, planning to help her navigate the software the following day.

She has become an executive producer.

I’m in awe.  She may have gotten her love of writing and storytelling from me, but she inherited her Daddy’s perseverance.  It has now been several weeks and she is still working to complete her final goal: write a story and turn it into a movie.

She is still undeterred by such things as fear of failure, perfection in the first draft, and the response from others.  She doesn’t worry whether or not she can fully develop a character, or how to advance her plot before she starts.  She just….writes.  She practices.  She goes back to edit her work and make changes.  Everyday, she is writing.

“Mama, how do you publish a book? And also, how do you get your book in a bookstore like Barnes & Noble?”

My daughter and I are writers.

She has taught me much more this week than I have taught her:

She has also reminded me what every writer must know:

Write from the heart, and push aside all fears.